Sophomore year at Princeton was definitely mind expanding for me! Two physics classes are on my mind right now: electromagnetic theory, taught by Stewart Smith, and Thermodynamics, taught by Steve Schnatterly. I learned about the dynamics of vibrating strings in Smith’s class, which got me into musical tuning, one of my lifelong obsessions. In Schnatterly’s class I learned about phase transitions, another lifelong obsession. I’ve been using software to explore these realms in theoretical ways ever since. I've been looking into a new little wrinkle in the phase transitions realm that I would like to share here.

The basic idea is to make an image that is striped, but where the stripe pattern is not consistent across the entire image. The width of the stripes won’t change, but their direction can change and also they can be offset. The image will be broken into an array of cells, and a stripe pattern assigned to each cell. Randomly assigning stripe direction and offset to each cell produces this kind of image: 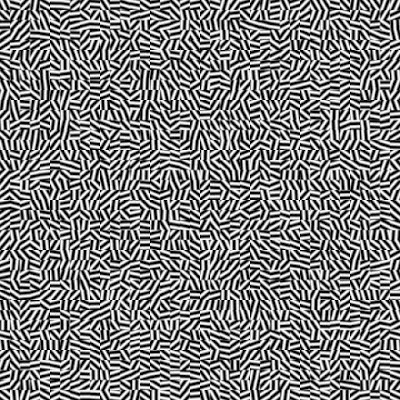 Similarly, the offsets of the stripe pattern form a circle topologically. If the stripes are offset far enough, they just end up back where they started. 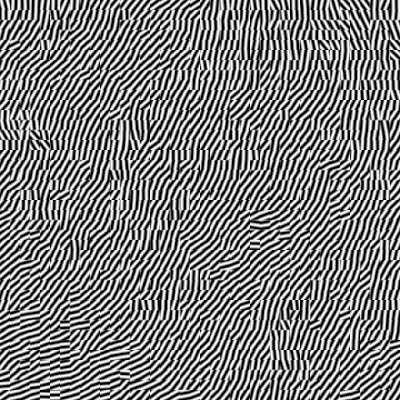 At a lower temperature yet, the system is nearing uniformity. 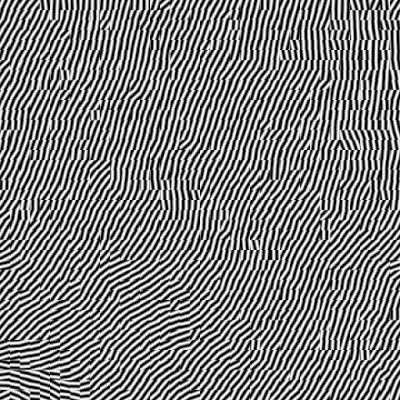 Generally the fluctuations near the phase transition have a fractal character, so that is where the most interesting patterns appear.

With these elements in place, we can then toy with the various parameters, e.g. the number of cells and the number of stripes per cell. 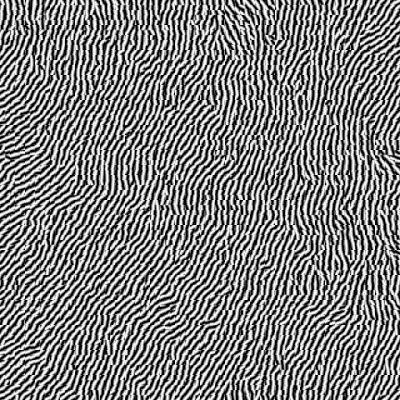 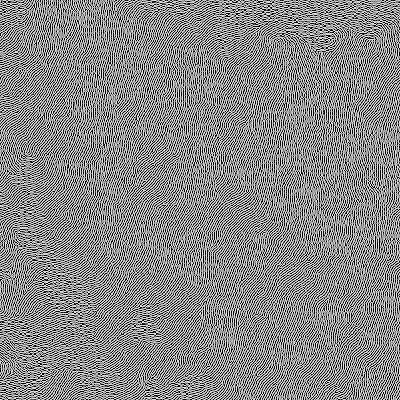 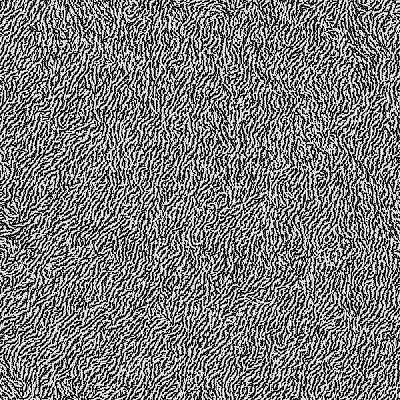 Here is a plot of the heat capacity which has a sharp peak indicative of a phase transition: 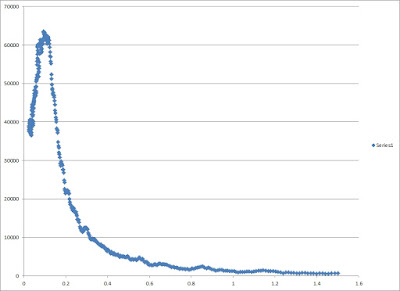